A striking squad of influential Merseyside women have teamed-up to support a brand-new football tournament to give girls hope and aspiration for the future.

Everyone from champion boxer Tasha Jonas to Everton player Danielle “Dan” Turner, are encouraging girls to take part in She Inspires, where they can make the most of their sporting abilities on the pitch, whilst also completing recognised qualifications.

The competition has plenty of kudos thanks to the involvement of the LFC Foundation and Everton in the Community.

The premier She Inspires supporters also includes the Merseyside Fire and Rescue Service and the Liverpool City Football Association and of course, has instrumental role models from business, the emergency services, politics, and public life behind it.

The final will be staged on Sunday 3 July at the Jeffrey Humble Playing Fields in Aintree.

The events are as follows: 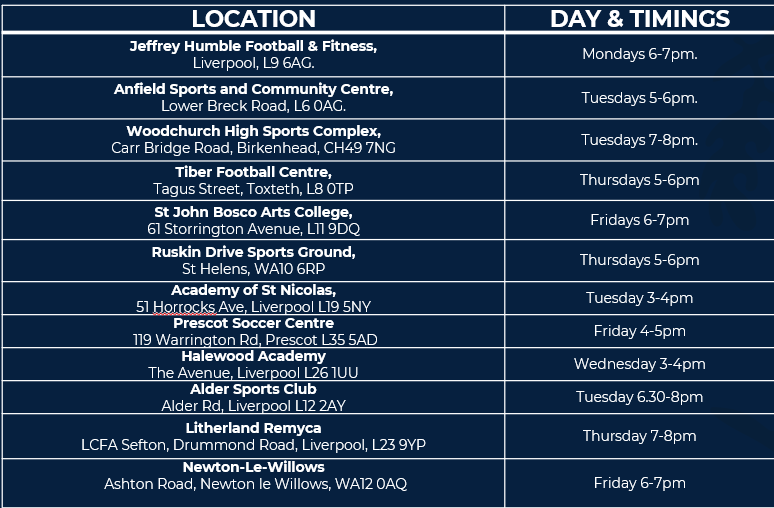 To register for the tournament, email Anna.Farrell@liverpoolfa.com